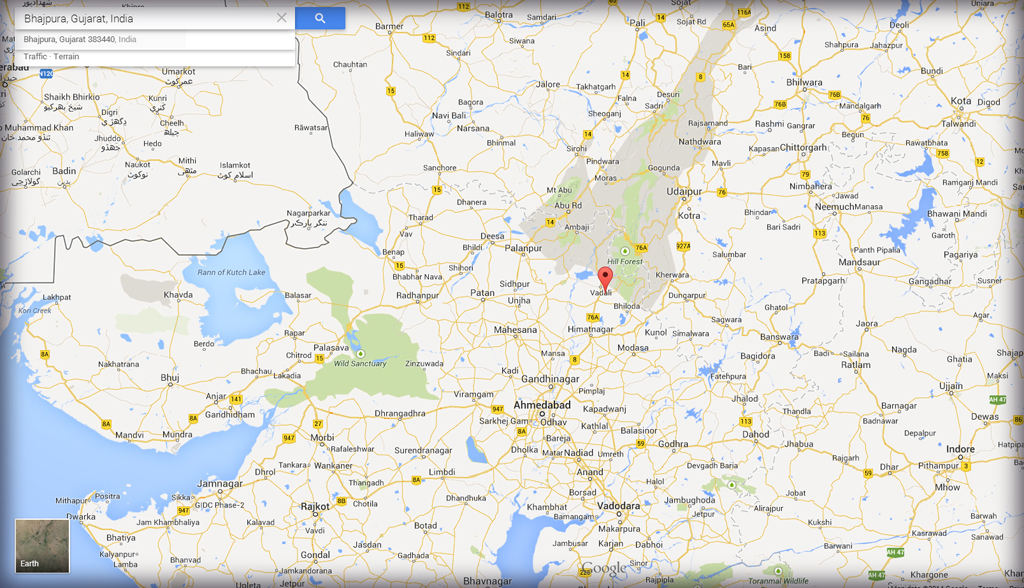 Here, the MGNREGA and ration card are the people’s lifelines.

Himmatnagar is on the border of Gujarat and Rajasthan. Large numbers of Chelliah Muslims settled in its urban areas after the 2002 riots. There are some uplifting stories about the indomitable human spirit in their rehabilitation. But my story is about a place to the northeast of Himmatnagar, as you cross Radhanpur into Rajasthan. This is jungle territory and the Meena adivasis are said to have sheltered Rana Pratap here. Off the main road is the village of Bhajpur, largely inhabited by the Meenas.

Dinesh Rajghoda (name changed), a Meena, has worked with us since he was a boy. His family has much land (around eight acres) but no water. When it doesn’t rain, they starve because the yield from one crop does not go very far. You can’t keep chickens here because the snakes eat them. You rear a lot of cattle but it’s risky because in years when the rains fail, fodder is unavailable and survival rates are low.

But things are changing in Bhajpur, as in many other such places. There are government employment works under MGNREGA — people get almost Rs 100 per day in spite of leakages, which are few since the sarpanch is from the same tribe and caste as the rest. So you really don’t have to go to either Udaipur or Ahmedabad, and can be engaged in supplementary activity in the village itself.

In spite of what the sceptics and know-it-alls on TV may say, in such villages, people keep two pieces of paper — essential to access support systems — under lock and key. The first is their ID for employment, the second, their ration card. The Aadhaar card hasn’t been seen by the people here as yet. You can only get work once your chance comes — it’s like a queue. So your parchee is important. You need a ration card to get wheat at Rs 3 per kg. You don’t get it all the time, and it’s not enough when you do, but it’s something. For the first time in millennia, people can fill their stomachs and realise their human potential. These two pieces of paper are very precious to the poor rural Indian.

But what about other avenues and possibilities for people? Non-farm employment is a buzzword and it is true that our economy is much too primitive. But migrating to a city also has a cost, and a recession only makes things worse. People here like Ashok Gehlot, whom they remember for giving them the parchee and wheat at Rs 3 per kg. They pray that Chief Minister Vasundhara Raje, who defeated him, keeps it up. But they are also apprehensive, because it is well known that, by and large, they all voted for Gehlot.

But what should be done in the meanwhile? Minimal government, only focusing on the market, is not the answer — there is nothing to sell and people have no purchasing power. You have to give people work in any way possible. If necessary, as Keynes said, let them dig ditches and then fill them up. Similarly, you have to give people subsidised grain. I don’t see a school coming up anywhere nearby. And people don’t have the calorie reserves to go to faraway schools.

We don’t know how many Bhajpurs there are in India. The poverty debate has been centred on poverty lines — Lakdawala, Tendulkar and Alagh. To add to the mix, C. Rangarajan says he will draw a new line for the next government — but it may have other ideas and its own experts. Some protagonists have, in fact, already removed poverty through some creative accounting. In a way, I will be happy if the tiresome, irrelevant Alagh poverty line becomes history rather than be caricatured by Tendulkar.

The Bhajpurs of India are not going to vote for those who trash the ration card and employment programmes. May 16 will be fun to watch, as similar D-days have been in the past.