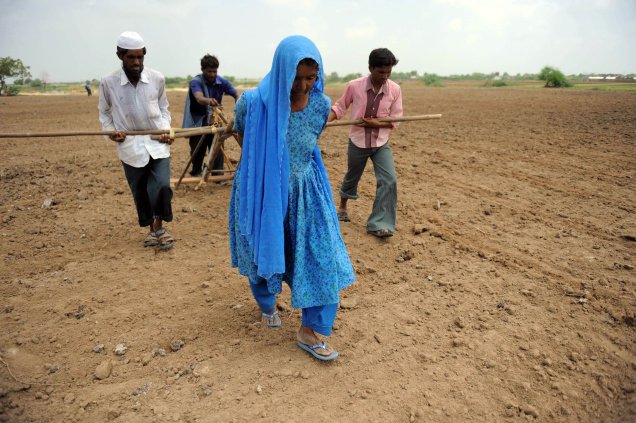 Members of a farming family plough a field in preparation for sowing cotton seeds in Kayla village, 70 km from Ahmedabad in July 2011. Rural communities in Gujarat remain outside the pail of development.Photo:SAM PANTHAKY/AFP

CAG reports and data on economic and social development from various sources make it evident that the much-touted “Gujarat model” of development is non-inclusive, socially divisive and highly ineffective in key areas.

There are three clear messages.