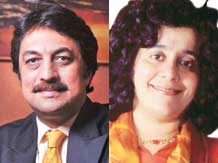 The Indian economy certainly has problems. But compared to the rest of the world, we will take ours any day

Over the past couple of years, and particularly the past few months, we have become convinced that economists, the intelligentsia, fund managers, foreign brokers, don't read global macroeconomic news.

All of the above have castigated the United Progressive Alliance (UPA) government for having ruined the economy, causing a massive growth slowdown and, in general, deserving to be thrown out in favour of Narendra Modi. We can debate whether Modi has any wherewithal to effect a "turnaround" for India, or whether the National Democratic Alliance (NDA) has any potential finance minister who may remotely appear to understand finance (Yashwant Sinha had to be unceremoniously dumped mid-stream in 2002 because of popular demand within the Bharatiya Janata Party or BJP, so bad was his performance as finance minister). But that's not the point of this piece. Neither is the fact that even the lowly United Front government with its multiple prime ministers (but significantly, P Chidambaram as finance minister) delivered 6.5 per cent compounded growth, with low indebtedness, far better than what the BJP managed. The point is to gently inform all commentators of what has been happening in the world around us, particularly since 2008.

Turkey: Once the blue-eyed boy of all global fund managers, the country has been chaotic, with a massive current account deficit, or CAD, at seven per cent of gross domestic product (GDP), plunging currency, crashing growth (two per cent) and decimated stock market.

Russia: Two per cent growth or lower, down from eight per cent in 2007-08. Massive over-dependence on oil and gas: Gazprom contributes 60 to 70 per cent of Russia's revenues.

Brazil: Three per cent CAD. Massive growth collapse since 2008, from six per cent to one to two per cent. Plunging currency and stock markets, especially since July 2013. All this despite being commodity rich (such as Russia and Indonesia, unlike India).

Indonesia: Acute CAD problem, inflation also has been pesky, leading to tightening by the central bank. Corruption is a massive problem, as in Turkey, Russia, Brazil, China, Thailand and so on. It suffers all these problems despite being commodity rich.

Singapore: sharply slower growth at just about one per cent, down from nine per cent in 2008. Massive debt-to-GDP at 110 per cent, unsustainably high consumer debt levels. Sharply rising social unrest.

Thailand: Massive political unrest. Sharp slowdown: economy contracted 0.3 per cent quarter-on-quarter (QoQ) in the second quarter of calendar 2013, following a 2.2 per cent QoQ decline in the first quarter of that year. Falling currency. Major problems financing its rice-buying programme (the government bought from growers at above market prices, doesn't have the money to pay for it!).

The US and Euro zone: Both are mired in a zero-to-slow growth rut, despite trillions of dollars of stimulus. The outlook for both is fragile. What is keeping everybody awake at night is what is the US' real growth and unemployment at zero stimulus and reasonable interest rates.

We have saved China for the end. In early 2012, when we peeled off layers from the Chinese onion to show that far from being a low debt-to-GDP economy as was commonly believed then, China was leveraged to its eyeballs with debt-to-GDP at 150 per cent then. That number is well over 200 per cent now. Then, China needed 1.4 units of debt to generate one unit of GDP growth. It now needs two units of debt. From 2008, China has added $14 trillion to its bank credit! Its railway ministry has run up debt of $500 billion. Corporate debt is 150 per cent of GDP. Its inflexible exchange rates and soaring labour costs are making China uncompetitive in trade. Its money supply growth is twice its GDP, a major red flag. Bank non-performing loans could be 20 per cent of GDP easily: its fifth such crisis in 20 years.

Note how easily the previously impregnable mark of 8.5 per cent GDP growth has now shifted down to seven per cent. Debt-fuelled booms end terribly, and we are pretty close to a protracted, painful endgame in China.

How does all of the above make you feel about India? Ten years of off-the-charts growth, while reducing debt-to-GDP sharply to 67 per cent from a near-bankruptcy level of 85 per cent under the NDA (all with seven per cent wholesale price inflation) and moderate current account deficit and external indebtedness? India has slowed? Well, compared to the precipitous drop every country has seen since 2008, a five per cent growth with near-zero debt risk is top-drawer performance.

It is puerile to expect India to be in macroeconomic nirvana, growing at eight per cent, with little fiscal or current account deficits and moderate inflation when the country is the world's third-largest economy (measured in terms of purchasing power parity), and, hence can't escape unscathed from the ravages of the global crisis. There is a collective cry for India's macroeconomic exceptionalism: that India should adhere to no global trends. And this leads to the under-analysed Panglossian view that we need Modi's nostrum, because he, single-handedly, can turn gale-force headwinds into tailwinds. It is most amusing how fund managers conveniently forget the meaning of "relative performance" and "risk-adjusted growth" when it comes to analysing India.

But, the ineluctable fact is that what India has achieved, particularly under UPA-II, is an outstanding economic performance. Sure, we have problems. But compared to what the rest of the world has, we will take ours any day. There is no absolute measure of greatness. It is always relative. And India's smartness lies in the fact that it saw from 2008 that it was no longer a 500-run wicket but a 200-run one. Almost no other country saw that.

And lastly, one has to shake one's head at the media's superficial (deliberate?) view that we are witnessing a Modi-based market rally.

This is utter nonsense. The world has woken up to the fact that India has arguably had the best growth-risk profile of any major country in the world over 10 years, a negligible CAD, a competitive currency, with no intractable bubbles in the economy (the banks' bad loan problem is still just one per cent of GDP). We challenge N K Singh and Arvind Panagariya to show us any other economy that matches India on this matrix. Hence, our markets are reflecting this relative solidity of India's growth model.

Is it anybody's case that we would still been at highs had we still been running a 4.5 per cent CAD?