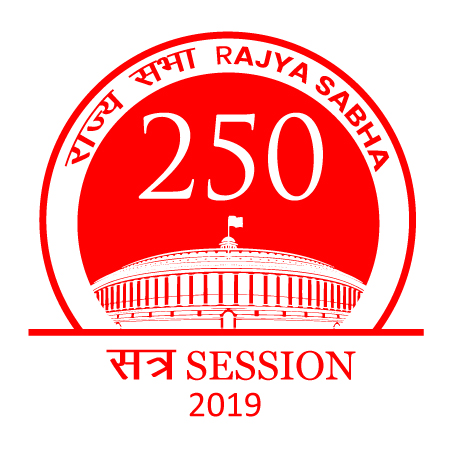 Will the Minister of HEALTH AND FAMILY WELFARE be pleased to state :- Answer

Services at Ayushman Bharat- Health & Wellness Centres (AB-HWCs) are free and universal to all. Details of state-wise operational HWCs, as on 06.12.2019, are at Annexure I.

Ayushman Bharat - Pradhan Mantri Jan Arogya Yojana (AB-PMJAY) provides health cover of Rs. 5.00 lakh per family per year to around 10.74 crore poor and vulnerable families identified from Socio Economic Caste Census database on the basis of select deprivation and occupational criteria in rural and urban areas respectively. In addition to these 10.74 crore families, many States have identified more groups of beneficiaries for their similar health cover schemes, which are implemented in alliance with AB-PMJAY. State/UT-wise details of beneficiaries covered are at Annexure II.

Will the Minister of JAL SHAKTI be pleased to state :- Answer

(a) Central Ground Water Board (CGWB) is implementing ‘National Aquifer Mapping and Management Programme’ (NAQUIM) for aquifer mapping in the country including in areas which have recorded a high depletion of ground water, in phases. Out of the total mappable area of nearly 25 lakh sq km, so far aquifer maps and management plans have been prepared for an area of nearly 11.24 lakh sq km spread over various parts of the country. As per the ground water resource assessment carried out jointly by CGWB and State ground water departments, 1186 assessment units in the country have been categorized as over-exploited, of which aquifer mapping has been completed in nearly 75% Units.

(b) Government of India launched Jal Shakti Abhiyan which is a time bound campaign with a mission mode approach intended to improve water availability including ground water conditions in the water stressed blocks of 256 districts in India. In this regard, teams of officers from Central Government along-with technical officers from Ministry of Jal Shakti were deputed to visit water stressed districts and to work in close collaboration with district level officials to undertake suitable interventions for sustainable water management.

Water being a State subject, initiatives on water management including conservation and artificial recharge to ground water in the Country is primarily States’ responsibility. The important measures taken by the Central Government for conservation, management of ground water and effective implementation of rain water harvesting in the country are at the following URL:

Will the Minister of HEAVY INDUSTRIES AND PUBLIC ENTERPRISES be pleased to state :- Answer

Will the Minister of ELECTRONICS AND INFORMATION TECHNOLOGY be pleased to state :- Answer

(a) and (b): Yes, Sir. Ministry of Electronics & Information Technology (MeitY) sought a report from the WhatsApp regarding breach of privacy of citizens of India on its messaging platform through an email sent to them on 31st October 2019 and seeking WhatsApp response by 4th November 2019.

WhatsApp replied on 2nd November 2019 communicating the aspects relating to exploitation of a vulnerability in their platform by a spyware called Pegasus, developed by Israeli agency named NSO Group. WhatsApp stated that it is likely that Spyware Pegasus used the vulnerability in the video calling feature in the WhatsApp and that the WhatsApp user’s device could be compromised even by giving a missed call. WhatsApp has informed that it is believed that around 1400 users’s devices were attempted to be attacked globally including 121 users in India. It further stated that personal data of approx. 20 users in India might have been breached.

Will the Minister of FINANCE be pleased to state :- Answer

Sector-wise or industry-wise data of tax collection is not maintained as the Returns of taxes do not show sector-wise/industry-wise taxes. Further, the general disclosure of tax information of specific taxpayers is prohibited under section 138 of the Income-Tax Act and Section 158 of CGST Act.

Will the Minister of FINANCE be pleased to state :- Answer

(a) to (c): As per data of the Reserve Bank of India (RBI), aggregate gross advances of PSBs in their domestic operations increased from Rs. 16,98,109 crore as on 31.3.2008 to Rs. 45,90,570 crore as on 31.3.2014. As per RBI inputs, the primary reasons for the spurt in stressed assets have been observed to be, inter-alia, aggressive lending practices, wilful default / loan frauds /corruption in some cases, and economic slowdown. Asset Quality Review (AQR) initiated in 2015 for clean and fully provisioned bank balance-sheets revealed high incidence of Non Performing Assets (NPAs). As a result of AQR and subsequent transparent recognition by banks, stressed accounts were reclassified as NPAs and expected losses on stressed loans, not provided for earlier under flexibility given to restructured loans, were provided for. Further, all such schemes for restructuring stressed loans were withdrawn. Primarily as a result of transparent recognition of stressed assets as NPAs, gross NPAs of PSBs, as per RBI data on domestic operations, rose from Rs. 2,67,065 crore as on 31.3.2015, to Rs. 8,45,475 crore as on 31.3.2018, and as a result of Government’s 4R’s strategy of recognition, resolution, recapitalisation and reforms, have since declined by Rs. 92,103 crore to Rs. 7,53,372 crore as on 30.6.2019.

Note: Figures cited above for PSBs include those for IDBI Bank Limited, which was re-categorised as a private sector bank by RBI with effect from 21.1.2019.

Will the Minister of COAL be pleased to state :- Answer

1. Under Coal Mines (Special Provisions) Act, 2015, total 31 coal mines had been allocated through auction so far. Of these 31 mines, allocations of 9 mines have been terminated for various reasons. Of the remaining 22 mines, 13 coal mines have got Mine Opening Permission. Of these 13 coal mines, 11 mines are producing coal.

Will the Minister of HOME AFFAIRS be pleased to state :- Answer

Complete Draft NRIC in Assam was published on 30th July 2018. The final NRIC has been published on 31st August 2019 after the disposal of claims and objections.

Any person, not satisfied with the outcome of the decisions of the claims and objections may prefer appeal, before a designated Foreigners Tribunal constituted under The Foreigners (Tribunal) Order, 1964, within a period of 120 days from the date of such order, and after the disposal of appeal by the Tribunals, the names shall be included or deleted, as the case may be, in the NRIC of the State of Assam.

Matter of deportation may arise only after the disposal of appeals by the Foreigners Tribunal. Powers vested in the Central Government to deport an illegal migrant under section 3(2)(c) of the Foreigners Act, 1946 have been entrusted to Government of Assam under article 258(1) of the Constitution of India. Therefore, the Government of Assam is competent to deport an illegal migrant after his nationality is verified, if so required.

Will the Minister of HOME AFFAIRS be pleased to state :- Answer

(a) to (c): During South-west Monsoon, 2019, various areas of Madhya Pradesh are reported to have been affected by floods. The Ministry of Home Affairs, before the receipt of Memorandum from the State Government, has constituted an Inter Ministerial Central Team (IMCT) for on-the-spot assessment of damages, which have visited the State on 19-20 September, 2019. Memorandum from the Government of Madhya Pradesh, seeking an assistance of Rs.6621.28 crore from National Disaster Response Fund (NDRF), was received on 1st October, 2019. Upon receipt of memorandum, IMCT visited the State again on 14-16 October, 2019. Upon receipt of the IMCT report, the additional financial assistance from NDRF may be provided to the State as per extant procedure and guidelines and norms.